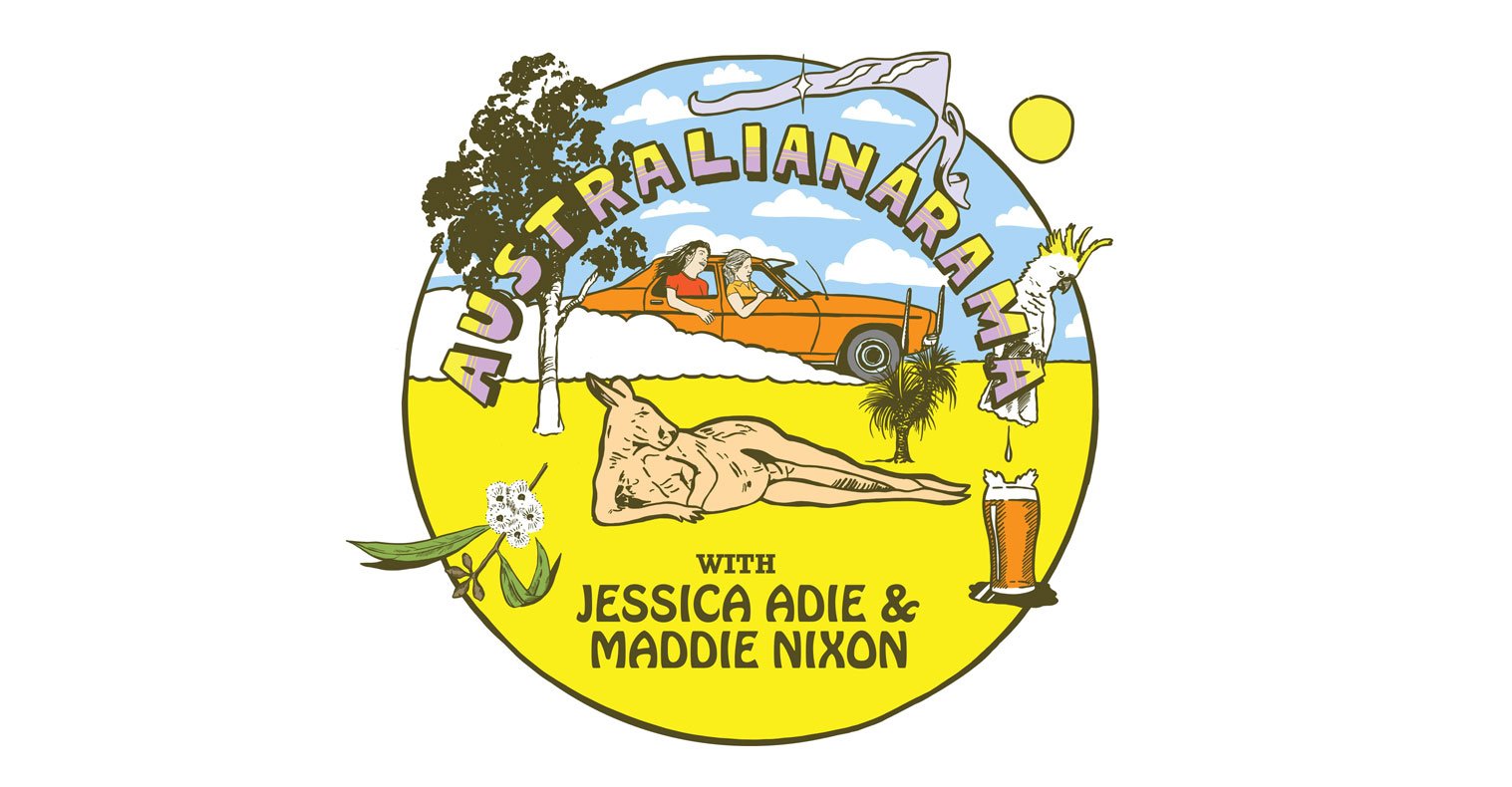 An Australian history and pop culture podcast hosted by Jessica Adie and Maddie Nixon. Two best mates take turns each week to research a topic that ~shaped the nation​~.​ The Harold Holt memorial swimming pool, the cultural impact of Kath & Kim, The Emu War, Cathy Freeman and Expo 88 are just the tip of this hot and sweaty iceberg. Laugh, learn and dismantle the often baffling, truly fascinating, land down under.

Australianarama acknowledges colonisation and celebrates the kitsch. The podcast is factual history, meets anecdotal charm and a barrel of laughs.

Australianarama is part of DIAMANTINA MEDIA. © 2021. All rights reserved.
All other copyrights and trademarks are the property of their respective owners.
Prev Podcast
Next Podcast